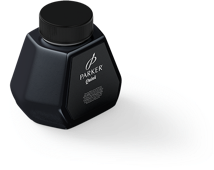 “Never a dull moment” should be the mantra of every modern fiction writer. Savvy critics preach it from literary pulpits.  Eager readers crave it like coke-heads.  Yet, in spite of all that, many writers don’t get it, even so me acclaimed ones.

Let’s start at the beginning.  Competition is brutal in the writing market. Writers know it; publishers know it; the reading public knows it, but TV producers know it a little more keenly.  If they don’t hook their audience within 15 seconds of the camera rolling out a story line, the viewers abandon ship and surf the other hundred or so channels for their fix.

In the literary world, the publisher has first crack at gathering market share: they design a book cover that draws potential readers to that special place on the book stand and conjure a logline that’s sharp, crisp, and tasty.

After readers sniff the book and nibble a corner of the promo, most will turn to page one and start reading. They sample the writing style, glimpse a character or two and, hopefully, bite into a compelling complication.  Readers, being much more patient than TV viewers, may take as much as 30 seconds to take the bait and set the hook.

That is what should happen, especially in a mystery or crime novel.

Yet I’m reminded of one award-winning mystery novel in particular.  I was given it for Christmas. I looked forward to reading it. I struggled through 10 or 20 pages, unsatisfied. It seemed to be going nowhere, rather slowly. I soldiered on.  I passed page 30.  Then 40. I didn’t understand it. I sensed my failure as a reader. So I took a break, regained my composure, and hoped to find perspective.  I can do this, I thought, and I pressed on.  Page 60. Please, no more.  Just shoot me now.  My mind flashed to a former teacher who had struggled and survived the Bataan death march.

I may have entered a delirious state after reaching page 100. Nonetheless, I imagined I had done something heroic, albeit without meaning, like some Brit lancer struck down during the charge of the Light Brigade.

My senses regained, I destroyed the book.  I couldn’t bear passing it on to someone else.

The lesson I took with me from that unfinished book is never to leave the reader without a compelling, eventful, and thought-provoking path to travel.

So far I have two novels under my belt: The Reluctant Detective and The Dead Letter.  While they may not escape a critical flaw or two, no one has found these detective mysteries boring or slow-moving.

My approach to breathing life into a plot begins with a suggestion from Raymond Chandler: if you’re stuck about should happen next, have someone come through the door with a gun. That doesn’t mean a gun every scene. It does mean, however, that the reader must be entertained and refreshed visually, mentally, and artistically at frequent intervals.  Chandler did the job with a number of tools.  He captured a character in a half dozen brilliant words.  His use of vernacular caught reader attention. His metaphors were concise and beautiful.  He knew how to entertain readers and thrill them.

Several other techniques are useful too.  Using short chapters (2-4 pages) replicates scene shifts in a film and quickens the pace.  Prolong suspense in the main plot by interjecting one or more scenes from a minor plot.  Clever dialogue, clashing personalities or goals, humor, and sharp metaphors quicken a reader’s pulse.  But make sure they fit the plot or advance characterization.  Great writing reveals itself without affectation.

Finally, I could compose a list of ideas to further jar reader attention, but making up such a personal inventory is easy.  First, turn on any TV drama, watch a film, or read a book.  Examine each scene and ask: how did the writer hold my interest?  Extract a generalization: e.g. lovely person reveals character flaw; character has dead twin; character has conflicting urges; the murdered woman isn’t dead, something’s gone missing, and so on. Finally, adapt one of these generalizations to your plot. Remarkable writing is a treasure trove of surprises.