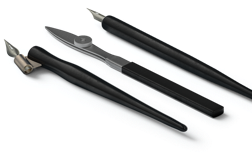 When writers experience a rush of inspiration and deeply wonder where that insight might lead, they often withdraw from public view and ready themselves for the creative struggle to follow. But where do they hide and how do they prepare?

The answers to those questions are almost as numerous as the writers themselves.

Wallace Stevens composed poetry while walking; Hemingway stood at a pub table in a French café; Victor Hugo secreted himself at home and ordered his clothes locked up so he couldn’t escape; Mark Twain and Truman Capote wrote lying down in bed.

Crime writers are familiar with peculiar settings, mechanisms and elixirs for creativity too. Look at Agatha Christie, Raymond Chandler, and Dashiell Hammet. Ms. Christie was known to sketch out plots while soaking in her bathtub and nibbling at apples. Chandler and Hammett uncorked their creativity and wrote and drank until the wells ran dry. And Dan Brown claims that he finds his muse while hanging upside down from some sort of mechanical contraption in his bedroom.

Henry David Thoreau, the noted recluse, fled to Walden Pond to think and write. For two years he did more thinking than writing. He didn’t complete his final manuscript until eight years later.

I have my own Walden Pond-like refuge. It’s not as isolated as Thoreau’s. It’s rural, but less bucolic.  Four distinct seasons glimmer through my windows.  Wild animals forage the perimeters.  The odd visitors rap upon my door just as they did at Thoreau’s cabin near Concord. My refuge, though, is in the basement of my home on the edge of a fishing village on Prince Edward Island.

It’s not that I’m locked away downstairs or something. I could just as easily sit in one room or another upstairs and stare at woodlands or watch the fishing boats pass the lighthouse on the Point. But I prefer not to.

It seems that I’m one of those creatures which are easily distracted — a dog whose ears prick at the scuff of a shoe along the lane, or a cat which flinches at branches scraping a shingle.

My work day begins in the morning. When younger, I worked best at night.  Now older, I probably would fall asleep too soon to accomplish anything productive. So morning it is. After breakfast. After a coffee, perhaps two. After a large glass of water and with a second to carry downstairs and rest alongside my keyboard. If you close your eyes, you can imagine me doing exactly that right now.

It’s probable that many writers enliven their work space with a radio muttering nonsense from loquacious announcers, or a CD pulsing a favorite artist, or a computer streaming tunes from the “cloud”. I’ve tried these remedies but they don’t work for me.

I’ve experimented with rock, blues, classical and opera. Rock sends my mind skipping too happily down memory lane. Blues tempts me to grab my guitar and work out the key or the chord progressions. Classical pieces and opera are so full of strong emotions that I can’t concentrate on the plights of my fictional characters. Once, I even took a chance with Gregorian chant. It was soothing, and not distracting. However, it was too comforting.  I drifted hypnotically. I sensed myself slipping into a spiritual coma.

In the end, I discovered the sound of nothing at all.  The rattle of one’s own mind.  The bumping together of memories and desires and fears. The silence of a cloister, if you will. Or a monastery.  And come to think of it, at one time I had been quite familiar with just such a setting.

The Jesuit-taught high school I attended arranged a religious retreat for students each year. The retreat house rose out of the beautiful Pocono Mountains of Pennsylvania. Each student had his own room. Silence and reflection dominated much of the day.

Most of my 56 classmates found the retreat an unusual yet refreshing experience, and a few may have found that it stirred the imagination as well as the spirit. Such an awakening may have occurred to friend and classmate Tom McHale, who later became a NYT best-selling author. Among his books was Farragan’s Retreat, a satiric novel which used that very same retreat house as backdrop for his acclaimed book.

My new mystery, The Dead Letter, may become a best-seller too. Time will tell. Or maybe it will be the next one, the novel I’m working on right now, the one still simmering with not-yet-resolved intrigues and harrowing escapes.  I’m working on it surrounded by water and woodland, farms and fields.  I’m working on it in the silence of my basement with little noise or distraction, where solitude is welcome and where quiet replenishes the soul just as it depletes my inkwell, where I can hear my thoughts, and where I can just make out the conflicts and conversations between my imaginary characters.Shush! …shhhh!  Could you read a little more quietly please?

When writers experience a rush of inspiration and deeply wonder where that insight might lead, they often withdraw from public view and ready themselves for the creative struggle to follow. But where do they hide and how do they prepare?
The answers to those questions are almost as numerous as the writers themselves.